Phase 2 of #ProjectA: find out about the 12 ideas, and get involved! 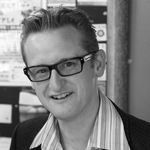 #ProjectA (for ambulance) is gathering pace! More than 600 ideas to improve urgent and emergency services were contributed by ambulance staff, other health care professionals, and the public over the summer via the five tweet chats, and directly on to the ideas platform. We were blown away by the number of the ideas contributed – on behalf of everyone involved in the project, I would like to extend a huge thank you to everyone who took the time to add their idea.

Collecting the ideas was only the first part of the project! The design team then had the epic task of reading every single one of the 608 ideas, with the goal of selecting 12 for further investigation. The ideas were reviewed against this criteria:

1. We’d like to explore how to respond to and support people who call the ambulance service with a mental health crisis in the most appropriate way for their needs.

2. We’d like to explore how we can best use technology to improve the care of our patients.

3. We’d like to explore and develop an approach to proactive engagement and communication between ambulance trusts and the community/patients/public.

4. There are some groups of patients whose demand on ambulance services is high. We’d like to understand more about the nature of this demand, and other ways of meeting these patients’ needs.

5. We’d like to create an optimal strategy for ambulance staff wellbeing, based on best practice from across the country.

7. We’d like to develop a scheme for ambulance staff with health issues to be fast tracked for NHS services.

8. We’d like to make improvements to the handover process at A&E. Can it be standardised nationwide - or at the least developed as best practice for adoption locally?

9. We’d like to find out if there is innovative practice within ambulance services around preventing and treating falls that can be shared across the country.

10. We’d like to develop and test a ‘Productive Ambulance’ concept based on the successful Productive Ward model, which is about releasing staff time to care for patients.

11. We’d like to test the possibility of ambulance staff and other health care professionals taking part in ‘job rotation’ as a means of understanding different roles, opportunities and challenges throughout the health and care system.

12. We’d like to pull together a directory of ‘quick wins’ based on the ideas for small scale changes that were submitted to the ideas platform during the first phase of the project.

You can find out more about some of the ideas in these videos (click on the links to open YouTube):

Idea 1 - Mental health crisis support (the mental health car, which the video shows, is one solution that is in operation in some areas of the country).

The 12 ideas will be explored during an ‘innovation burst’ on 26 and 27 September. The aim of the innovation burst is to rapidly test these 12 ideas and decide on which ones to take forward – we’re hoping for a final shortlist of four or five ideas.

The 12 ideas are at different stages of development and will need different kinds of tests during the innovation burst. For instance, idea 10 is a new idea and a prototype will need to be built and tested to see if the basic principle works. On the other hand, ideas 1 and 6 are already well established in parts of the country and what we want to test is the feasibility of extending them to other ambulance services.

Each ambulance trust will have a team for the innovation burst. They’ll each be investigating three or four ideas, and connecting with other trusts also looking at the same ideas to share their thoughts and learning.

Of course, this project is far bigger in scope than the two days of the innovation burst. We’ll need people to work together within ambulance trusts and throughout the wider health and care system to fully test these ideas for feasibility – and to make them a reality. We’d love to hear your thoughts on the ideas, and if you’d like to get involved we can help by putting you in touch with the relevant people. You can tweet us @horizonsnhs #projectA, or drop us an email – england.si-horizons@nhs.net

We’ll be sharing updates on social media during the innovation burst – keep an eye out for tweets using #projectA. 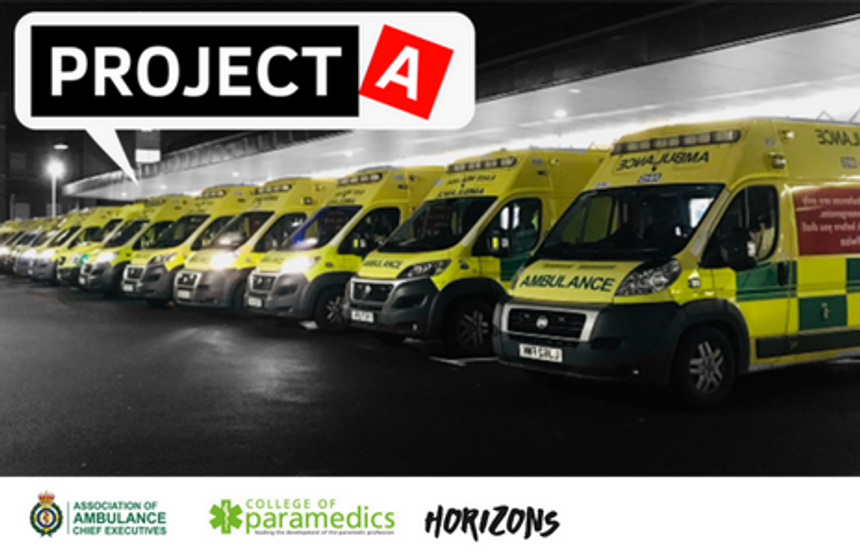 It’s a rest day today, but found time to join an online meeting with @ihbaines @horizonsnhs to talk about how close we are to testing some ideas for #projectA developing the ambulance services for the future

#ProjectA – latest progress & videos released ahead of Innovation Burst on 26-27 Sept. We’re reaching the culmination of ideas generation and honing. Need for measured expectations but aiming for some wide ranging improvements for #NHS #patients & staff https://t.co/5qrsgeYFIs

The upcoming innovation burst for #ProjectA will see each trust drilling down ideas to put them into action visit @AACE_org https://t.co/gd5AWfZrhM to see the short videos such as falls https://t.co/n6XR7FLqsp via @YouTube@NEAmbulance @djmtees @YvonneOrmston @horizonsnhs

#ProjectA - four short films to watch and a brief update on the number of interactions and ideas shared to date. 👇 https://t.co/eRtnUCzYpZ