Why Twitter Threads Are Useful, and How To Use Them

Sometimes when using Twitter, the 280 character allowance for an individual tweet just isn't enough. You might want to tell a story, or provide an explanation or context for something. You might be at an event or conference and want to share your learning.

That's when threads come in useful.

I got some positive feedback for a thread I created while at a recent event, so thought I'd share why creating a thread can be useful, and how you can do them too.

Why do a thread?

How to create a thread 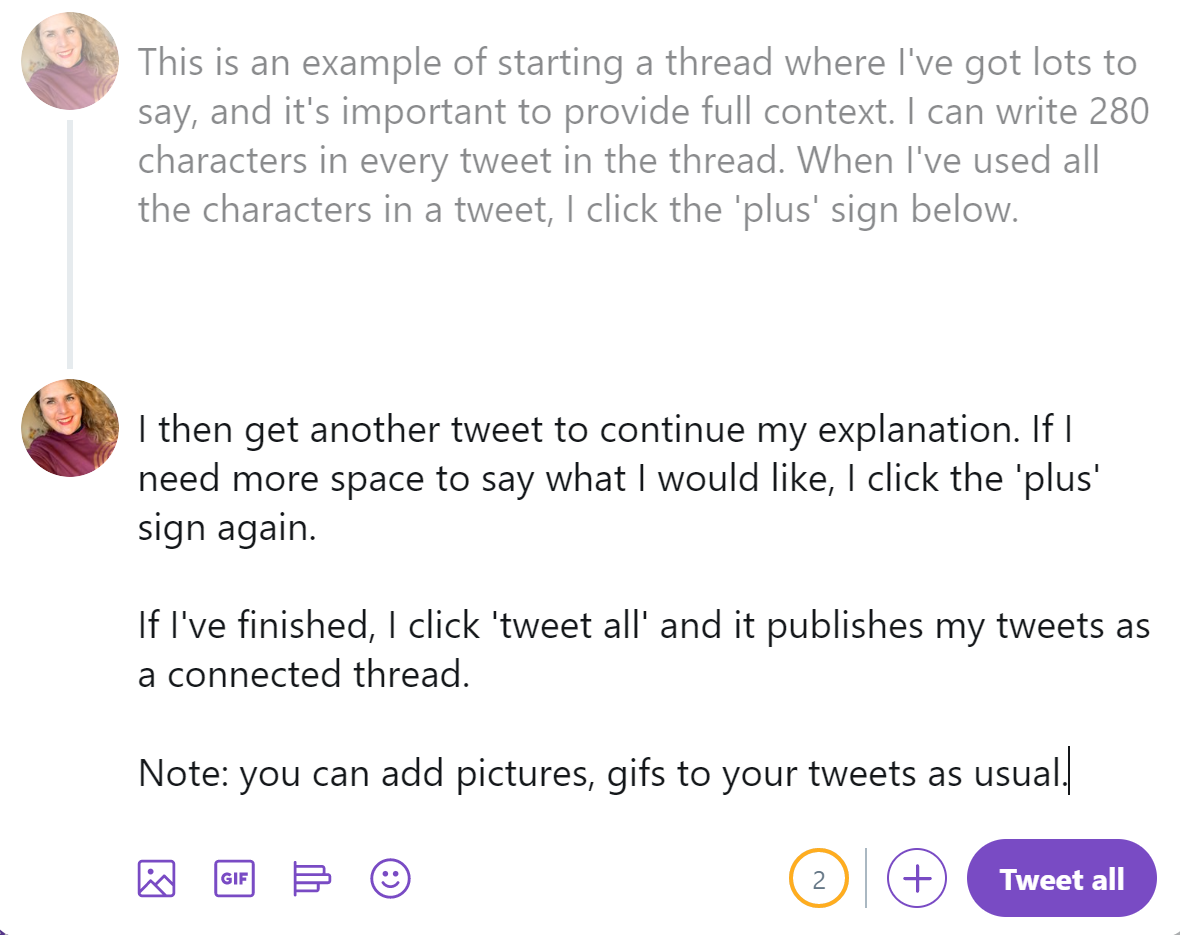 Creating a thread while at an event or conference

If you're tweeting while at a conference or event, you probably want to tweet as you go, rather than wait until the end to publish it.

In your first tweet it's a good idea to say where you are (the name of the conference or event) - and don't forget to include the event or conference hashtag!

When you've completed one tweet, you simply reply to your own tweet. After you've done this a couple of times, Twitter will realise that you're creating a thread - you'll then see an option to 'add another tweet' at the bottom of your last tweet.

A few hints and tips for tweeting at an event or conference:

Exercise caution with story threads; just because you can send a potentially infinite number of tweets on a topic, it doesn't mean you should! You might have seen TL;DR on some retweeted threads, with a brief explanation. TL;DR means 'too long; didn't read'.

What's too long is subjective, of course. As with any social media posts, it's useful to think "so what, and who cares". Think what you're hoping to achieve with your tweets, who you want to reach, and what you want people to do or feel with your tweets. 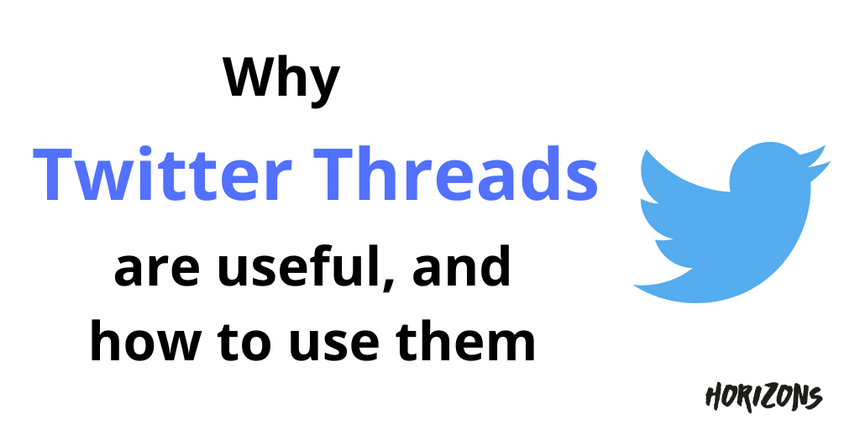