With many of us getting our news and views via social media these days, do you pause to think about the diversity of the sources?

This is a fun way of checking the gender bias of your Twitter feed. I took some screenshots of my results: 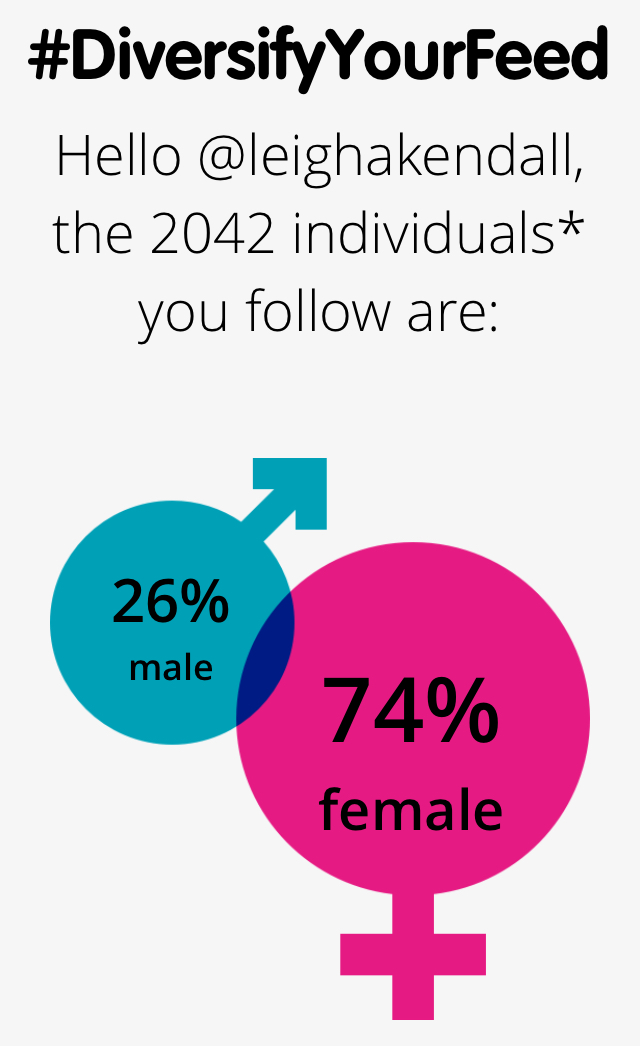 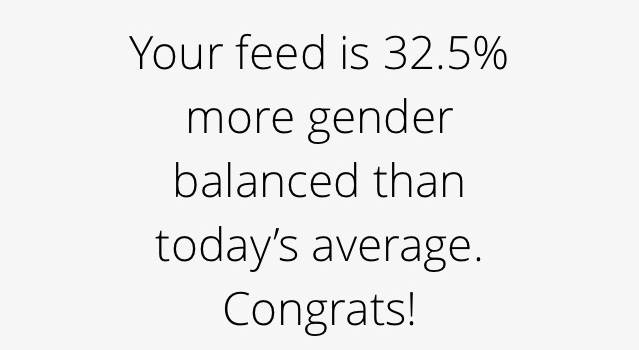 In its current beta form this platform is best used as a fun point of interest. It has limitations: it looks only at individuals, and only those individuals who have identified themselves as a male/female binary. In future iterations things like ethnicity and geography would be good to see, too.

As far as I am consciously aware, I follow people according to whether they look interesting rather than according to gender. So, I was surprised to see that three quarters of the individuals that I follow are female. According to the results, even with that disparity my feed is still 32.5% more gender balanced than the average.

So just why should we care about diversity in our social media feeds?

As the image below says who we follow, and the actions we take online inform algorithms that direct us to certain information - to other people who our behaviour suggests think like us, and to products and other 'stuff' we've indicated that we like. That's how echo chambers are formed: where views and opinions of people who think alike are reinforced and amplified within a social media bubble (in its simplest form: "Well everyone I know thinks like me, therefore I must be right!").

This animation explains more about how algorithms work, and how those algorithms play a huge part in what we see online.

This tool was created with profit margins in mind, although diversity of thought, views, and opinions doesn't necessarily have to be about lining our pockets. Having a spectrum of allies in the public or the private sector can be positive because a range of divergent voices can help to move forward an issue. This is particularly useful where there is resistance: if you take the time to listen to other people's opinions with an air of humility and take on board other people's views you can work collaborate and co-operate, even if you disagree. 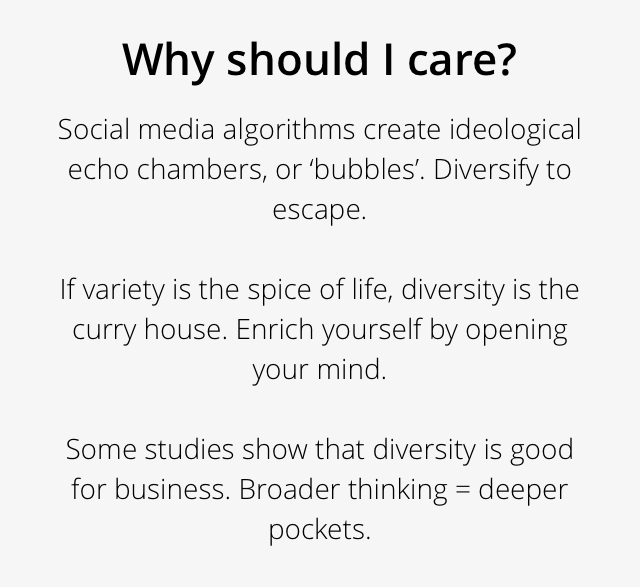 Doing this test prompted me to reflect on who I follow, and the content of my Twitter feed. And this is the point - to pop the social media bubble.

While I don't consciously follow people according to gender, many of the people and organisations that I follow are in the health and care sector. Many of those health and care folk are communications professionals, and are maternity or neonatal improvement specialists. This is unsurprising considering my profession, and the personal campaigning that I do.

Sticking with people who are like you and think like you is natural and human. Seeking out diverse views can take effort, which is worth the investment.

I'm naturally curious (ok, a bit nosy too...). I try to make an effort to read widely: news and information from a variety of sources. Even so, I could benefit from more diversity in my Twitter feed. To that end, I'll be looking for people from different sectors and professions to follow. There's always much to learn and benefit from other people's experiences in and knowledge from those different sectors and professions. So, if you know of anyone who you think would be useful for me to follow, please let me know! 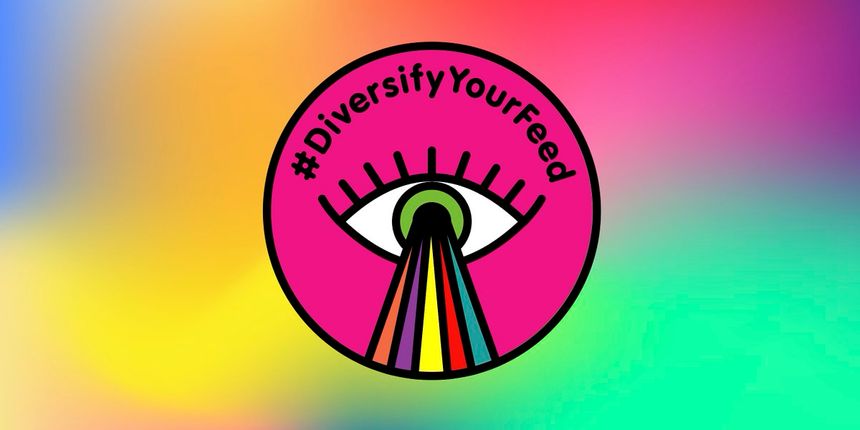 How diverse is your twitter feed? Gender-balance is only one area to be checked & sadly doesn't include non-binary. Would love to see how I score for #diversity in other areas too https://t.co/bDSF7CyMbg #DiversifyYourFeed #WinTechSeries pic.twitter.com/JATgfjZ43C

The algorithm doesn't do this for you. Follow consciously and #DiversifyYourFeed - If anyone knows of a similar audit along other diversity dimensions, I'd love to know how I'm doing. The more effort I put into this, the more value I find on Twitter. pic.twitter.com/x2k20RuQtb

Great new animation by @scriberian for @unbiaseduk on making sure the future internet is free and fair for all. https://t.co/IWFEww9eJQ